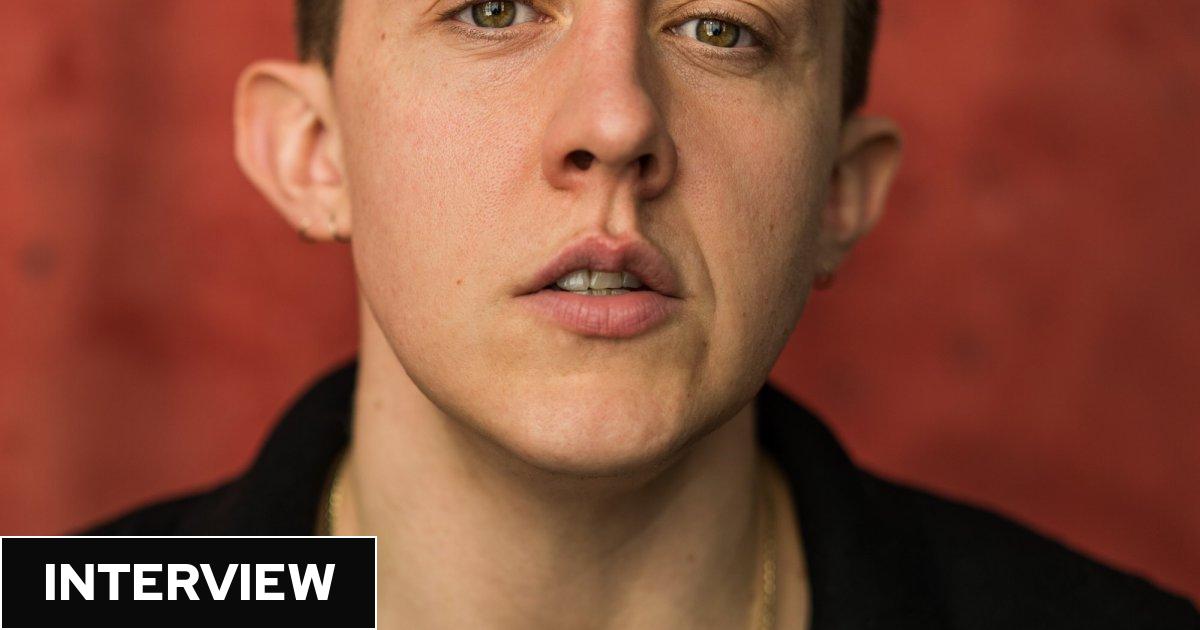 Charlie Josephine is done writing plays that just point out a problem – they’ve decided their work needs to at least attempt to offer some solution, however imperfect.

“It feels lazy and arrogant to just go ‘I’m really angry and cynical about the world – f**k the Tories, f**k the terfs, here’s the problem’,” the 33-year-old non-binary actor and writer says. “I have to be braver and kinder and more generous.”

They’re about to open two shows that both, in their ways, offer some vision for how things could be different for a younger generation: Birds and Bees, which opens in Sheffield tonight, and Flies, at Shoreditch Town Hall in February.

Yet of all the people in British theatre, Josephine arguably has more justification than most for feeling pissed off: their play at the Globe last summer, I, Joan, was weaponised by gender critical and transphobic corners of the press and internet as an example of female erasure, for featuring a non-binary Joan of Arc. Josephine came off Twitter in advance, but cast members received death threats.

“I won’t say it was boring, because it was actually quite painful but – we saw it coming,” they wearily acknowledge. Of course, most people complaining hadn’t seen the show, which ended up winning glowing reviews for its irreverent take on an historical icon as it told Joan of Arc’s story anew, and its raucous celebration of gender nonconformity.

The Globe asked Josephine to write about Joan, and, they say, “the more I researched them the more I was like this is a trans person, surely? Which is obviously contemporary language for an ancient experience.”

I ask Josephine if they have a sense of why the press and public have become so fixated on the “trans issue”, and they pause for a long time.

“When I’m scared, I get really binary in my thinking – am I safe, am I not? Which is ironic for a non-binary person! But there is an illusion of safety promised by the certainty of binary thinking that is very seductive.

“So I’ve got compassion for that fear. And I believe that fear is misplaced.” They pause again. “But also the short answer is, I don’t understand why people are so cruel sometimes.”

Despite it ending up dragging them into the culture wars, writing for the Globe was a dream: “It’s a really privileged position, getting to tell big stories on big stages, and putting working-class women and queer people centre stage.”

Josephine trained at the Essex drama school East 15 as an actor, before moving into writing with their play, Bitch Boxer, after becoming frustrated at the lack of decent parts for young women (they were assigned female at birth). Both their new shows also centre young women, and have been inspired by hundreds of conversations Josephine’s had with teenagers across the country.

Flies began as an all-female adaptation of The Lord of the Flies – but the more Josephine spoke with the cast of young women from the BRIT performing arts school, the more they realised they were more interested in the girls’ real-life experiences than in the source material. The result is a play about pubescent girls becoming aware of the male gaze that – to return to Josephine’s stated mission – doesn’t just complain about the state of things, but also attempts to imagine a different world.

“It’s my job as an artist to daydream new possible futures – to be brave, and present a flawed utopia: what would the world look like if there wasn’t patriarchy and the male gaze?”

A non-narrative piece, Flies is a multi-voiced exploration of the shame, fear, disgust, inadequacy, and competition young women may experience when they hit puberty and men suddenly start looking at them as sexual objects. But it is also an act of joyful resistance against being defined by that gaze.

“When are the times when young women feel f***ing excellent?” Josephine asked themselves, and the young women they worked with. The show features choreographed and abandoned movement, moments when women enjoy being in their own bodies rather than displaying them for men. “They’re exploring their sexuality and their feminine power. To see that is just really beautiful.”

Still, the experience has made clear to Josephine how far we still have to go. They were shocked to find nothing has really changed since their own experience, growing up in Hemel Hempstead.

How was it, delving back into their own memories? “All of the feelings!” exclaims Josephine. “A lot of laughter, a lot of cringing about my younger self. And a lot of grief and sadness – I wanted to reach back through history and say ‘you’re going to be ok’.”

Birds and Bees also took them back to their school days. It was commissioned by Theatre in Education company Theatre Centre, who take work designed to educate and empower young people into schools, and was seen online by around 60,000 secondary school pupils during the pandemic as part of sex education programmes. Now, the live version tours to both schools and theatres.

It follows four teenagers responding to a sexting scandal in their year group, their heated discussions covering everything from consent and toxic masculinity to mental health and gender to class and racial prejudice.

While writing it, Josephine has become a passionate advocate for better sex education. “It’s taken me a really long time to know who I am and to have the courage to live my truth,” they say. “I wish there had been better sex education at school so I had understanding and compassion for myself.”

Do they believe young people are still being failed by sex ed? “Yes. I’m fierce about it! I genuinely believe that if sex education was updated, the ripple effect in this country would be huge. I think we’d all be happier, healthier humans.”

Here’s that utopian vision again – and I’m reminded that Josephine is a performer, too, as they deliver a fervent, almost rhythmic monologue of the things sex education should be exploring: “Safety, pleasure, power, honest communication, and how to ask for what you want; how to express yourself, how to let yourself be seen, how to be vulnerable, how to be healthy, how to explore your identity – how to allow other people to explore theirs…”

Yet it was a struggle to get their words out that first led Josephine to theatre: as a child, they had a speech impediment, and went to a local drama club to practice speaking in front of people. “I just fell in love with it,” they say.

How are they feeling about the state of theatre now, I ask – during the pandemic, there was much discussion of building back better, particularly in terms of diversity and inclusion. Has that happened, or has the economic situation scotched such good intentions?

“Both are true,” they say. “Theatres are under pressure to make money, desperately, so they need to programme something that feels a bit safe and has maybe got a celebrity in it. But there have been some huge conversations, particularly around race and gender.

“There’s still one to happen around class, in my opinion,” they add, and when I ask if it’s getting harder for working-class talents to break into the industry, Josephine’s response is quick and certain. “Yeah. And I’m f***ing furious, because I don’t know what to do about it. Austerity has hit us all really hard, and I don’t know why we have a Government that cut funding for the arts.”

And yet it is typical of their self-declared “stubborn optimism” that Josephine still believes that many of those big conversations theatre had with itself were real. “Hopefully those changes actually start to come to fruition now… And I will forever be championing working class voices.”

Birds and Bees is at Sheffield Playhouse to 11 February, and on tour to 11 March. Flies is at Shoreditch Town Hall, London, 22 February to 11 March

Holly Williams’s novel What Time is Love? is out in paperback on 16 February, published by Orion