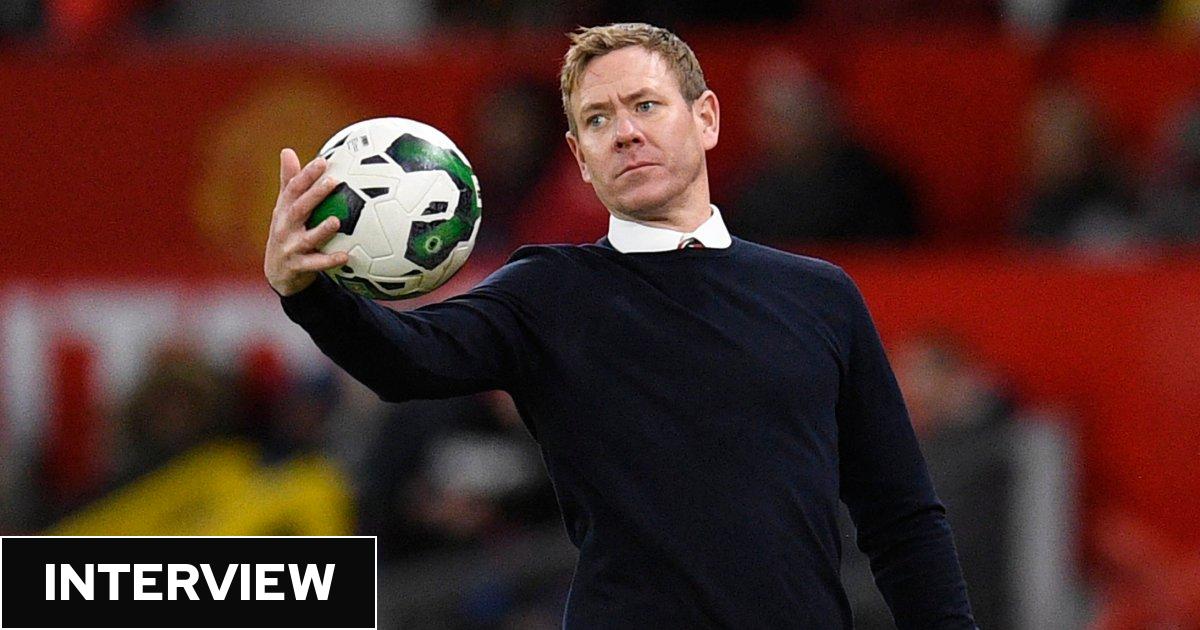 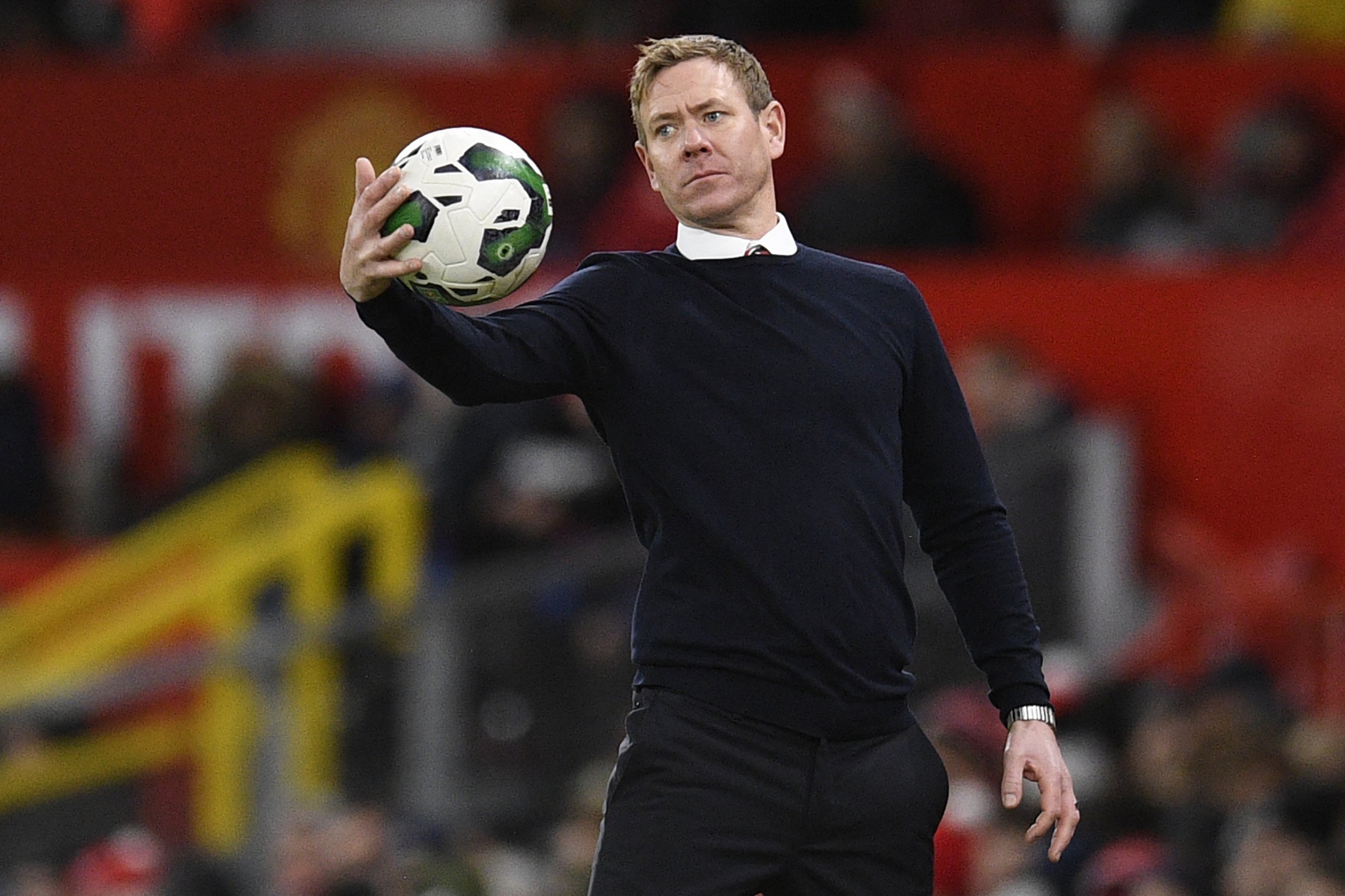 In Dean Holden’s office, looking out over a frosty training pitch at Charlton Athletic’s Sparrows Lane training ground, two objects sit on the window sill to catch the manager’s eye: an Adidas Tango football and a small green booklet. The football, Holden’s all-time favourite, reminds him of the things that made him fall in love with football when everything gets a little manic. The booklet is more personal – a code of conduct given to, and signed by, his father when he played for Macclesfield in the 1970s. Holden’s father gave up football to help raise his kids. That reminder of family is crucial, too. It governs Dean’s life.

Holden is a football addict. He played more than 400 games as a professional, despite breaking his leg three times. He holds the Uefa Pro Licence for coaching and has worked as a first-team coach, assistant manager and manager. He is a qualified referee. We meet on a Tuesday lunchtime because that is his only window. Holden was at Port Vale on the Monday night, will watch Charlton’s Under-21s that evening, going to Selhurst Park to watch his beloved Manchester United on the Wednesday – he still has a season ticket at Old Trafford – and is taking training every day.

The explanation for the workload, Holden explains, is a mix of football obsession and a burning demand to improve players. In just a few weeks at Charlton, he has spoken to psychology professors at the local University of Greenwich about talking to the squad and is sitting down with two or three players a day to learn their family situations.

“I’ve not got six weeks, there’s no pre-season,” Holden says. “So we have to work quickly and I have to make myself vulnerable too, about my life and about my career. That allows them to feel safe in that environment. I can’t just say, ‘Trust me, I’m here for you’, because most of them don’t even know me.”

It seems to be working pretty well. Holden took over with Charlton 18th in League One and haunted by the danger of relegation to the fourth tier for the first time in the club’s history. After a draw against Peterborough and defeat at Oxford, Charlton have won three straight league games to move clear of trouble.

A six-month contract might have unnerved other managers; Holden believes it made sense for every party. He stresses how grateful he is to be back in this head coach role. But he also reflects on the great paradox of working in football when you have a family. When you’re not employed, you crave the game. When you are employed, football dominates. It’s a mighty difficult balance.

“The first week or two is really difficult because you feel an unfairness about leaving the last job. But you have the bonus of seeing the family. I wouldn’t say I became a better Dad, but there were things I wanted to do that I hadn’t been able to, like attending a parents’ evening with Danielle rather than her reporting back on FaceTime. Maybe our family needs those periods.”

We overlook – or at least underestimate – the familial balancing acts that take place in these scenarios. Holden’s oldest son is doing his GCSEs, so moving is not an option. Danielle is doing more work in London now, so that is serendipitous. Dean repeats that his wife puts in the hardest yards, but that this job is a huge opportunity for the family as a whole, not just him.

“I’ve jumped in deep,” he says. “The football club, the area, getting to know everyone. You see some managers, and six months after they take a job they look 20 years older because of the pressure. You have to learn to control that pressure and ease it.”

There’s no escaping the reasons for any longer as to why Holden is able to be so candid about pressure and parental responsibility, so committed to making the best of his career and so able to both immerse himself and yet remain aware of what matters most. His and Danielle’s lives have been shaped by personal tragedy.

In 2012, Holden had been released by Rochdale and was told to take a two-week holiday before getting back into the game. He, Danielle and their three children flew to Lanzarote. One evening, Cici Milly, the youngest of the family, didn’t seem herself and so they put her to bed, presuming a cold. In the morning, Cici is still not well. Her breathing begins to go shallow and her lips begin to turn blue. They get a taxi to a local medical centre, where a doctor checks Cici and immediately calls for an ambulance to take her to the main hospital on the island.

Dean and Danielle follow the ambulance in a taxi, but see it has stopped by a petrol station. When the taxi reverses and lets them out, a policeman stops Dean from getting into the ambulance. It is too late. On the journey to the hospital, Cici had passed away. She had contracted meningococcal sepsis, a blood infection that had quickly spread to her brain. Cici was 17 months old.

I cannot – physically or emotionally – begin to understand the devastation and the pain. Dean is talking but all I can think about is the sense of darkness that washes over you when a person speaks about something so horrific and beyond your comprehension or experience. And yet… he is talking about it. How they literally survived the short term. The changes he and Danielle needed to make to continue to be good parents, good spouses and achieve in their careers.

Dean says spirituality helped – he still does deep-breathing exercises and meditation twice a day – and says that has helped his mind to be free. Somehow, he was able to take the most unspeakably awful event and use it to allow him to heal.

“I would never have chosen our journey, never in a million years,” he says. “But it helped me become a better person and a better coach too. I can now walk out at Old Trafford and feel like I could be coaching my child’s football team.

“I’m not trying to be a smart arse there, but I was so calm in the moment. I have learned that I am able to take the emotion out of a situation because I’ve already gone through the worst thing and I found solutions to them to stop me having a nervous breakdown.”

This is a lot, by anyone’s measure. Talking about the need for a positive mental attitude in the face of extreme adversity and actually having that attitude are two different things, and none of this can be faked. You cannot help but root for Holden, at Charlton and beyond football. It would have been easier for him to use the game he loves as his escape from everything else, to separate himself from the reminders.

And yet, for Danielle, his children, himself and even the players he now works with, he has chosen the opposite because only by using tragedy to grow stronger can he defeat it. On the other side of his office is a canvas print of the whole family, with an image of Cici included. At the bottom, some words are written: Life isn’t about waiting for the storm to pass; it’s about learning how to dance in the rain.

“There’s a picture of me and Danielle in the apartment I’m living in now,” he says. “We’re 19 and 20. I look at that picture and I almost feel sorry for that couple. I can barely remember what they were like. I think of it like a movie, a highlight reel of our lives someone might watch: got together at school, started having a family, Danielle gave up work for me, then the tragedy. You’d pause that film there, look at whoever was next to you and say, ‘These two are f**ked here’.

“It’s about not accepting your lot. There are times when you sit down, look up to the sky and think, “Any chance of a break?” But you go on, for the other kids, because failing to do so would be to give in.

“I would hate to hear one of my lads telling his mates, ‘Mum and Dad were unbelievable when we were young but then something happened and they just changed’. That would absolutely tear us apart. And so that was our shared purpose, our pact: to make the best of the worst. Because it didn’t break us.”