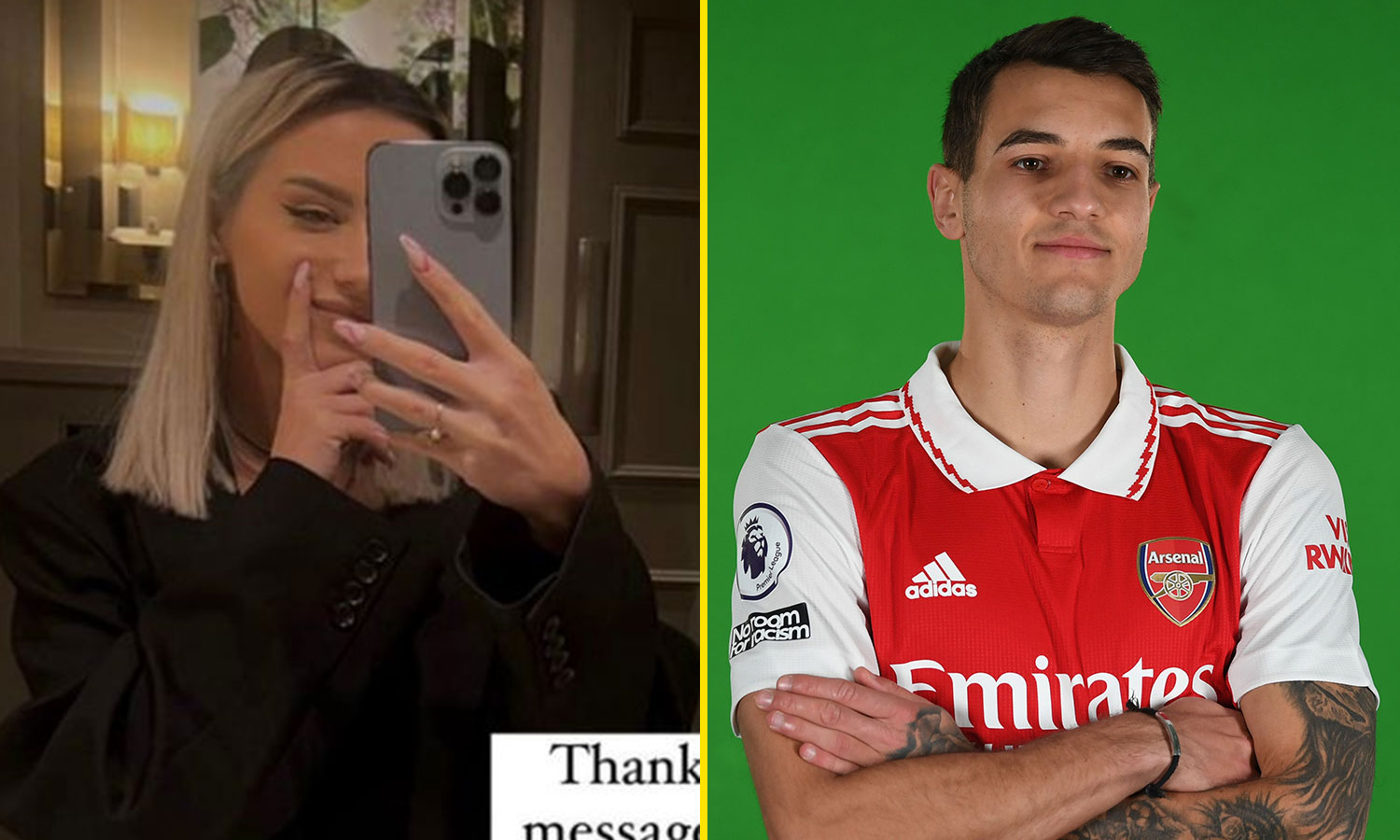 Jakub Kiwior’s partner has thanked Arsenal fans for the welcome she and the Gunners’ new signing have received.

Known online as Claudia Redheaded, the dancer is a former Germany Twerk competition winner and has followed the defender to London from Italy.

Claudia wrote on an Instagram story: “Thank you all for your messages! I can’t reply to everyone, but I really appreciate it! London I’m ready.”

Adapting to life in England could be tough with Kiwior set with the task of breaking into Mikel Arteta’s starting XI.

The 22-year-old completed a £22million move from Italian side Spezia earlier this week after signing a long-term contract at the club.

A player described as ‘extraordinary’ by Robert Lewandowski, Kiwior has nine caps for Poland and will be hoping to add many more to his tally with a successful time at the Emirates Stadium.

While the defender faces a challenge to break into the league leaders’ back line, Arteta is clearly a fan of the player.

After Kiwior joined the club, Arteta said: “It’s great that Jakub is joining us.

“He’s a young versatile defender who has shown huge potential and qualities with Spezia in Serie A, and also at international level with Poland.

“Jakub is a player who will give us strength and quality to our defensive unit. We welcome Jakub and his family to Arsenal and look forward to working with him.”

And the manager may still dip into the transfer market again before deadline day to shore up his midfield.