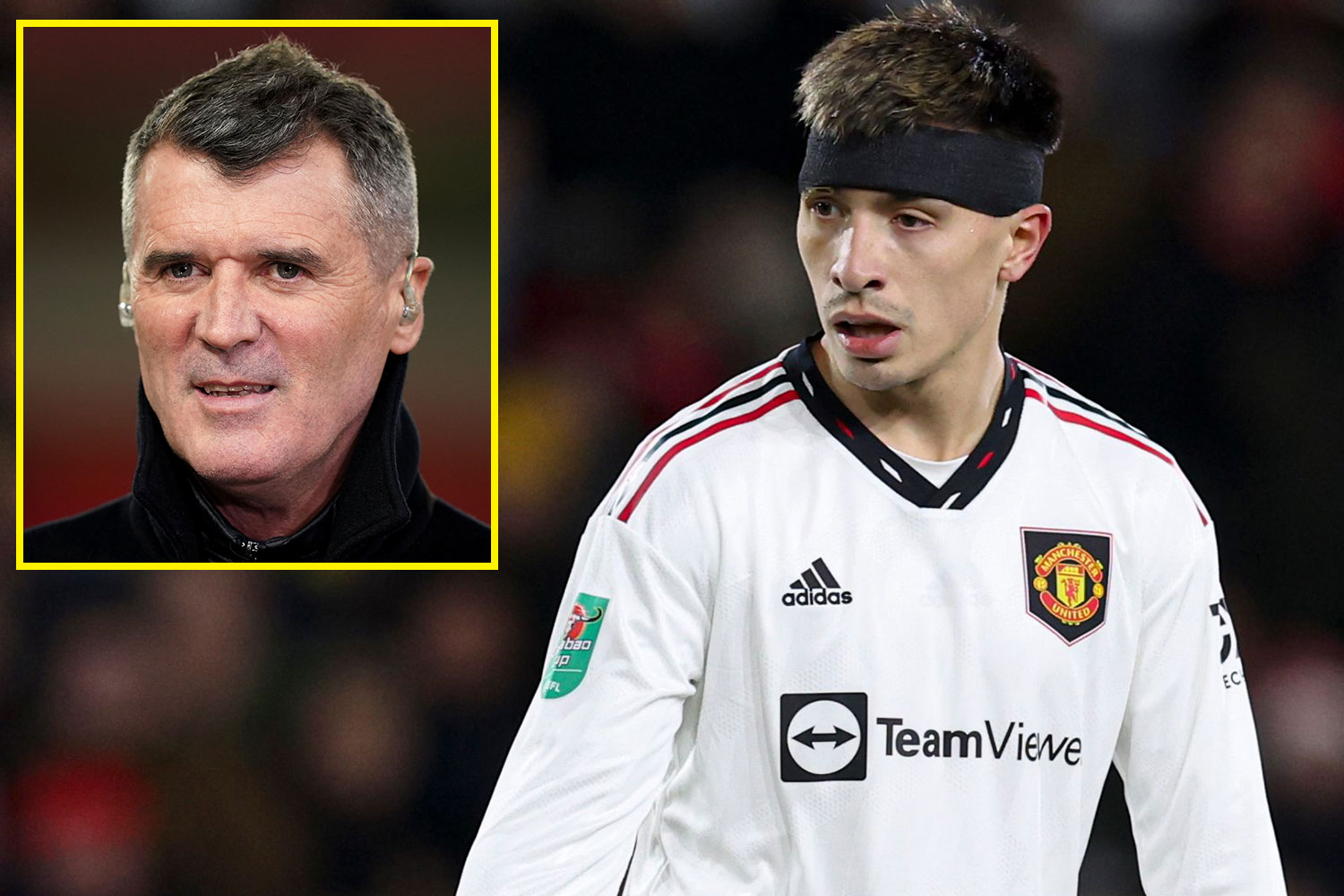 Lisandro Martinez has a fan in Roy Keane, who lauded the defender for his defending in Manchester United’s win over Nottingham Forest.

Erik ten Hag’s side travelled to the City Ground on Wednesday night for a potentially tricky clash, but the Carabao Cup semi-final first leg proved to be a comfortable evening for United, who now take 3-0 lead to Old Trafford.

Keane was delighted with the Argentine’s performance on the night and his overall presence in defence since his summer arrival, saying Martinez is the type of player you’d want in the trenches with.

The former United and Forest midfielder told Sky Sports: “He’s got pride in his defending, which is great to see. A lot of the modern defenders know it’s about what they do in possession. He wants to defend, he’s got great pride in it.”

Keane added: “You need that balance, it really is important. Harry Maguire when he’s been playing on the left hand side when he’s right-footed, it’s very difficult.

“Obviously the manager has worked with him, we talk about that character, that desire. We’ve seen already the benefits of having him at the club over the last few months.

“He wants to defend. He looks the right character, the kind of lad you want to be in the trenches with. We saw it tonight, United were coasting towards the end but he still wanted to defend.

“We talk about the importance of scoring the three goals but from a defender’s point of view, they’ll be delighted with a clean sheet.”

Martinez himself was pleased with United’s performance on the road, with the Red Devils now one step closer to Wembley.

“I’m really happy with the job from the guys,” he told Sky. “We played so good today and we controlled the game. We lost the last game so we had to produce now and as a team we did.

“We know [Forest] is doing a really good job but we never gave up. Today we won the game and that’s the most important thing. You can see when we do the right things we don’t concede goals.

“We controlled the game but we still have many things to improve on and we have to keep going. I’m really happy because we showed discipline and I saw [for] the whole game we were pretty focused. We have to play always like this, keep going and keep fighting.

“We know it’s a good result for us but we have to take it step-by-step.”

Martinez’s stats from the game prove just how good he is as he made the most tackles, the most interceptions of anyone on the pitch. He also won possession nine times.

He was named man of the match but is aware it’s not done yet.

“Half of the job done,” he posted on social media. “Bring on the second leg!”