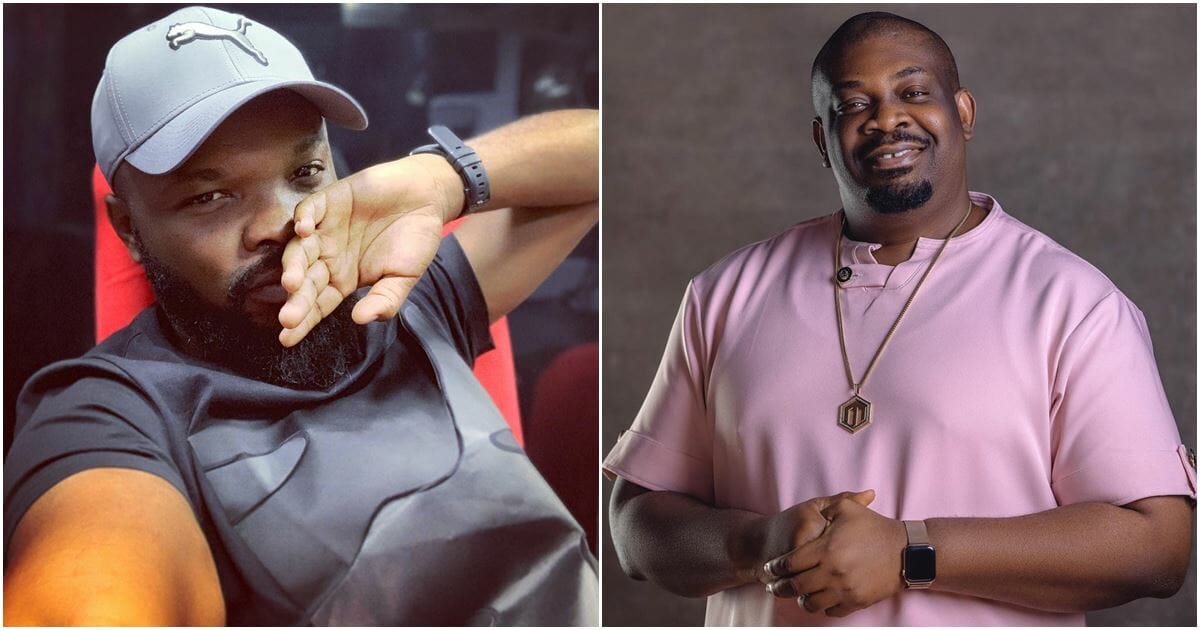 On-air personality, Nedu Wazobia got tongues wagging lately over his assertion during his ‘The Honest Bunch’ Podcast.

Nedu during the discussion had argued that 90% of men in the entertainment industry are Fruity (slang to describe someone who belongs to the Lesbian, Gay, Bisexual, Transgender, Queer (LGBTQ) community).

Nedu’s claim was however challenged by his colleague who avowed that 90% was too much.

The media personality went on to mention names of men who love women. He mentioned himself, his colleague, actor Kunle Remi, in the course, a lady who sat beside him mentioned Don Jazzy. Nedu apparently paused a bit before including the Mavin Record Boss on the list.

Owing to Nedu’s reaction after Don Jazzy’s name was mentioned, netizens left some suggestive remarks as they attempted to decode what his brief pause meant.

One @weighbunny wrote: “That long pause after Don jazzy sha….. Ned’s na this ur mouth go finally land u for trouble”

onyedikathunda wrote: “So many agege bread 😂😂😂”